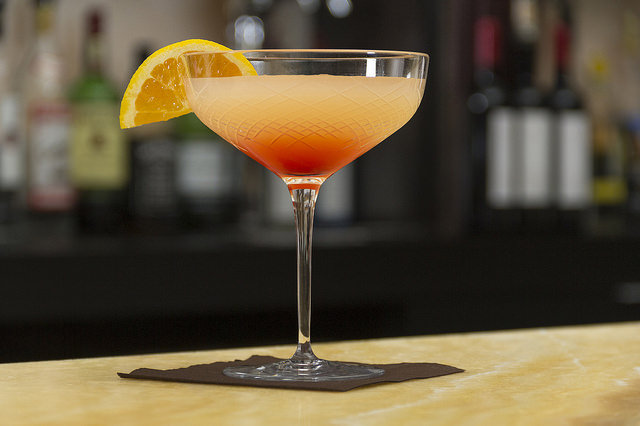 I think most people at some point during their week daydream about kicking up their feet on the beach with a cocktail in hand.

The thing is, cocktails generally have a mixture of ingredients – a delicious blend of juices, fruit, and of course, alcohol.

They’re designed to be sipped and enjoyed, perhaps repeating the process several times. And then there’s the type of cocktails that didn’t get the memo. These are black sheep, the grueling beasts that despise beaches, pineapples and mini umbrellas.

Below are some of the strongest cocktails your likely to find, anywhere. Prepare your liver and proceed with caution.

With a name like ‘The Zombie’ you know you’re going to feel like death the next day after a couple of these. Invented by Hollywood Restaurant owner, Donn Beach, in the 1930s, this bad boy is pure evil. In fact, each customer was only allowed to consume a maximum of two in one sitting. The original recipe used three different rums (white, golden and dark) as well as Pernod. This cocktail zings of the Carribean with lime juice, falernum, grapefruit and cinnamon syrup. There are now many variations of the cocktail, some of which use 4 different types off rum! 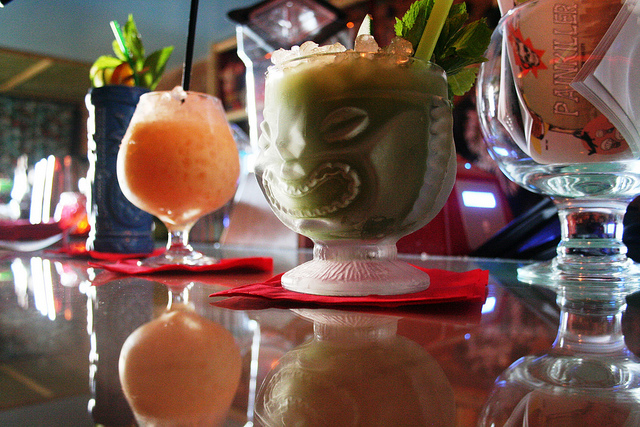 Probably the best well-known cocktail on this list, and for good reason too, it’s practically rocket fuel. Long by name and long by hangover nature. Cola and a sour mix (sugar syrup and lemon juice) mask the potency of this dangerous beast. The Long Island Iced Tea utilises 5 different types of hard liquor – gin, vodka, tequila, rum and triple sec – which means you should probably stop at one! 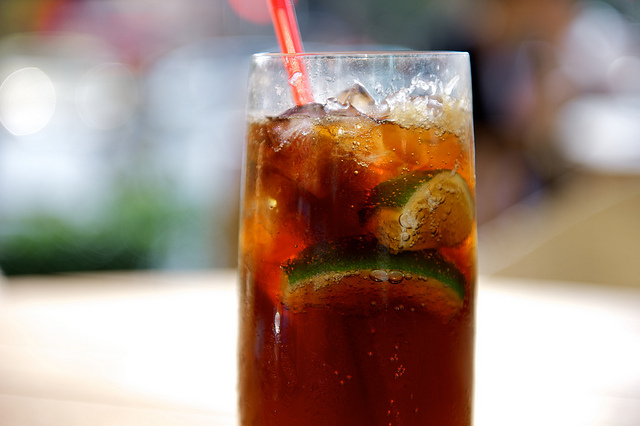 Death in The Afternoon

This was one of Earnest Hemmingway’s concoctions, and if you’re familiar with the Earnest, one thing is for sure – he knew how to drink! A pretty simple beverage, it’s basically just a mixture of absinthe and iced champagne. Hemmingway suggests to consume, “three or five of these slowly”, presumably in the afternoon. Probably not at work though.

Quite a sophisticated cocktail, the Negroni appears on most cocktail menus across the world. But don’t let the pink colour deceive you; this is a seriously strong drink. In fact, the only non-alcoholic component to it is the orange peel garnish. Made up of gin, Campari and vermouth, if you’re a ‘sweet drink’ person, this probably isn’t for you. Because there are no mixers in the Negroni, it relies on using high quality ingredients. Be sure to use an Australian gin the next time you make one! 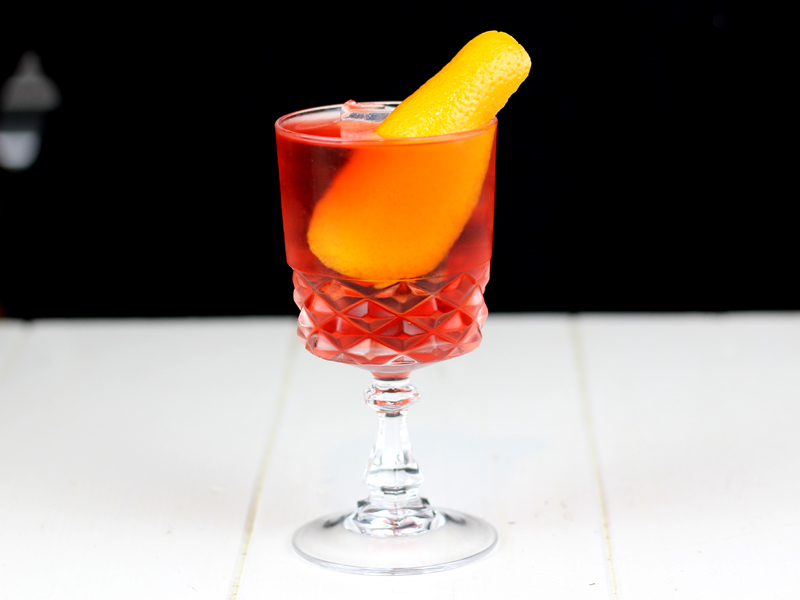 The ‘dryness’ of a martini refers to the amount of Vermouth in the cocktail. A ‘dry’ martini contains less than your standard version, a very-dry martini even less still, and a bone-dry, you guessed it, none at all. And when you consider that once you remove the Vermouth from a martini, all you have left is a glass full of Gin or Vodka (Gin is the original) with an olive floating in it, I think this deserves a spot on the list. For good reason, the bone-dry martini is also referred to as a ‘pass the bottle’.

New Orleans is right up there with one of the booziest cities on the planet, so it’s no surprise that they came up with this fiery number. As if heaps of rye whiskey and two types of bitters (Agnostura & Peychaud) wasn’t enough, to make an authentic Sazarac you also have to coat the glass in absinthe. Brutal.

Purportedly named after a moonshine peddling prostitute from Alabama, this cocktail is probably better used to unclog drains than be consumed by humans. This insanely strong cocktail will seriously shave years of your life. A Frankenstein-esque concoction, the Aunt Roberta is a mix of Absinthe, Vodka, Gin, Brandy and Blackberry Liqueur, poured over ice. It’s probably best to have a paramedic close by if you’re going to attempt one of these.

The list wouldn’t be complete without an entry from those crazy Vodka swilling boozehounds in Russia. This ‘after dinner’ drink, packs a double shot of vodka, lemon, sugar and espresso powder. Not only will you be completely sloshed, but the coffee will keep you awake all night. Apparently, the correct way to consume these is to hold the alcohol in your mouth for a long period so the alcohol is absorbed more quickly into the bloodstream.

Matt is the Marketing Manager at Yellow Octopus, where you can find Australia's coolest gifts and gadgets. He's a die-hard foodie and bon vivant, with a penchant for high-quality Australian produce. Check out Matt's ridiculously informative article The Ultimate Gin Guide. 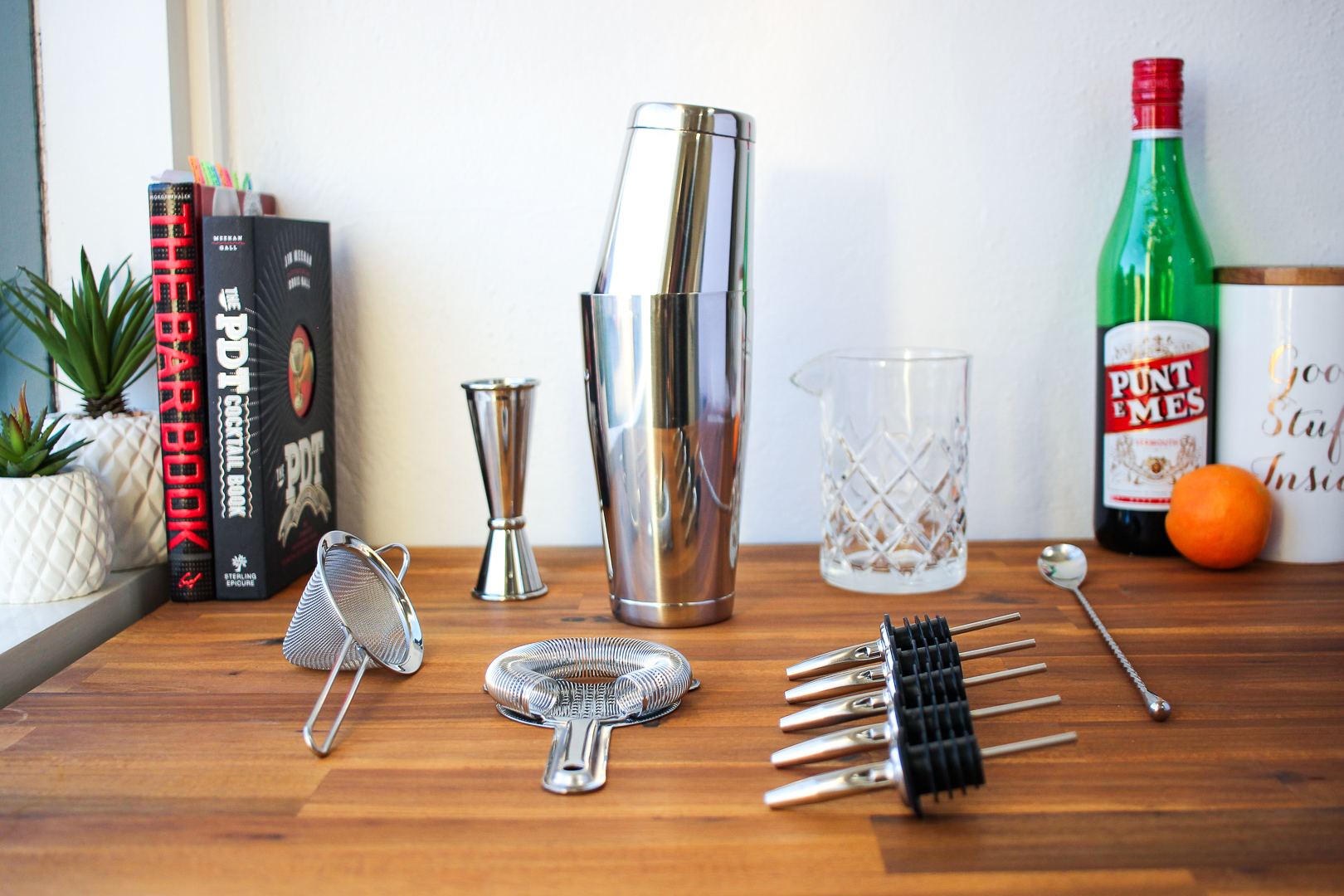