Bartender Harry Yee created the Blue Hawaii cocktail in 1957 while he was working at the Hawaiian Village in Waikiki. A Bols sales representative came to Yee asking for a drink made with the company’s blue curaçao liqueur and the Blue Hawaii is the result of his tinkering. Yee was also known for possibly being the first to add banana to a Daiquiri as well as his extravagant and unique garnishes. Apparently the original was shaken but it was commonly served frozen too. The original also called for sour mix so I opted for a house made sour mix with equal parts of lemon, lime and simple. 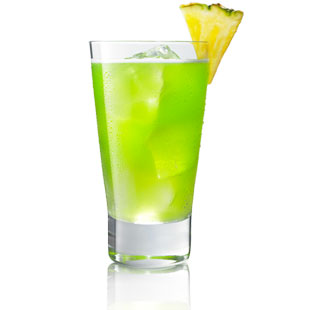