Three Dots and a Dash 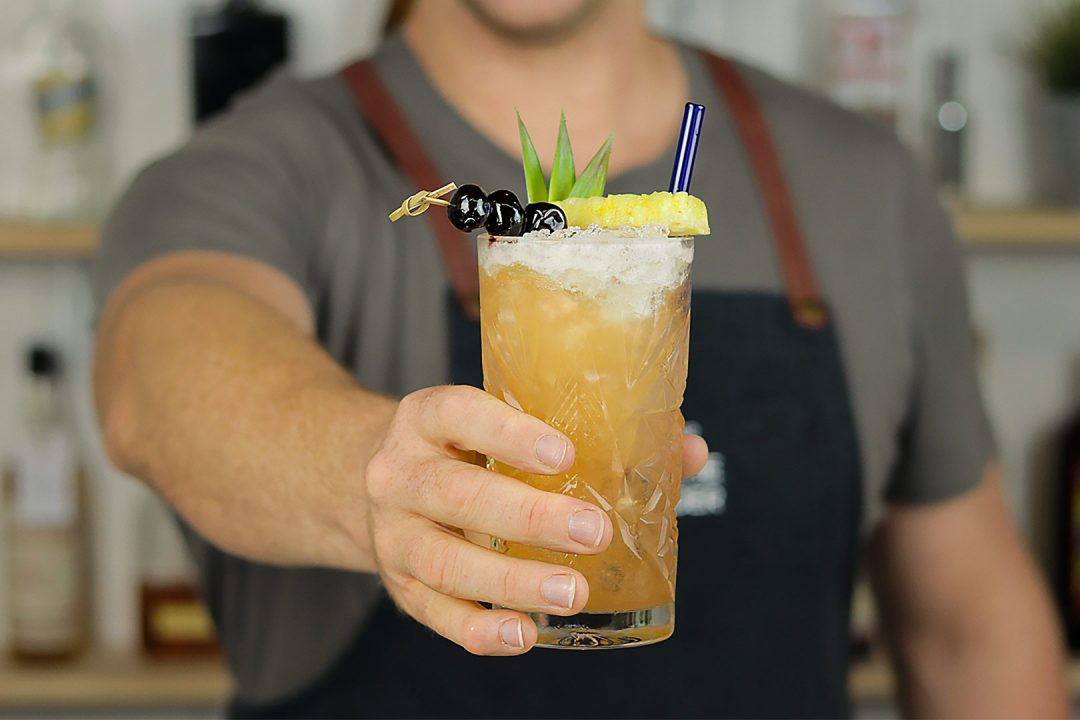 Three Dots and a Dash is a tiki classic created during World War II by the godfather of tiki, Donn Beach. The name means "victory" in Morse Code.

The recipe calls for a rhum agricole which was originally distilled in the French Caribbean islands. Made from sugar cane juice rather than molasses, the resulting 'cane juice rum' is complex and exhibits a grassy, vegetal note from the fresh sugarcane.